My journey to becoming an author is unusual, for since I can remember, I alw 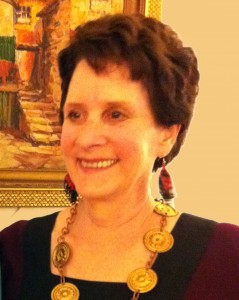 ays wanted to be an engineer, which I did realize. But unlike Scotty of Star Trek fame, my recreational reading not only consisted of technical manuals, but ran the gamut from science fiction to historical fiction, from texts on art to biographies. Until I read Sharon Kay Penman’s Sunne in Splendor and then Paul Murray Kendall’s Richard the Third, my mental image of this English king, was of the arch villain Tudor invented and Shakespeare presented. Not only did these books change my thinking about the last Yorkist Monarch, but I was so taken by his story that this dyed-in-the-wool technogeek felt compelled to write about Richard III.

To make the transition from computer science to writing about a medieval monarch, I joined an online writing community, Critique Circle, and became a member of The Richard III Society, American Branch. I owe much to these two groups for their encouragement and technical help.

The trilogy about Richard III in the twenty-first century is presented in This Time, Loyalty Binds Me, and Strange Times. The books are available as a trade paperback and ebook from the usual suspects.